I’m Séverine, a teacher and mother of two teenagers. I live in the Yvelines, just west from paris. And I have been living with cats for almost 40 years.

My first cat was a gift from my father when I was 8. The well-named Tagada was a grey cat with beautiful green eyes and a motley « pedigree ».
I still remember this small furry ball curled up on the sofa, whom I discovered one fine day on my way back from school. The surprise my parents had prepared for me came as such a shock – I’d wanted a cat since years – that I first pretended I hadn’t seen the kitten. My emotions were too much to cope with !

This little Tagada accompagnied my childhood, my teens, and my early years as a young adult.
How he filled my life with love, confort, anguish and frights !
Though neutered, he disappeared a couple of times during rambles that I found exceedingly lengthy… He also fell from the seventh floor onto a concrete paving, and miracously survived, only slightly shocked.
In his old age he was pampered by my grandparents in the countryside, and he quietly passed away on mohair blankets.

Then came Marquise and Pacha.

The first was a commoner – as her name does not suggest, black with grey gloves, found roaming the streets, and the second was a red Persian whose type his breeder disliked ; she handed him over at a low price at a feline show.

These two purred me through my college time and right up to my childrens’ births.

They were taken from me rather brutaly by cancer and renal insufficiency, at some months’ distance.

As my children were small, we started off some « educational » breeding of fish, stick insects, mice, hamsters, gerbils. I actually discovered and became fond of colour genetics thanks to gerbil breeding.

But too many years had passed without felines at home, so Pistache made a natural entrance. She was a small three-coloured kitten from a friends litter, and she stormed into our family lives. Fearless, half angel half demon, at times affectionate, at others distant, ruling upon us with authority.

It was precisely when we visited this tiny Pistache that I started thinking about breeding cats. But I wanted to do things right and I decided to follow a training, in addition to my internet searches.

So I took the LOOF course (organised in part by the ENVA veterinaries, from the Maisons-Alfort vet school), and I obtained the CETAC (now known as CCAD : Certificat de Capacité des Animaux Domestiques, cat speciality).

I then started searching for a couple of… Somali cats ! 🙂 A race I had discovered on the internet, and whose long fox-like coat and fine personality had seduced me.

But a breeder I contacted gave me an icy welcome and advised me to give up breeding ambitions immediately. She forecast the worst horrors – apocalyptic deliveries, bloody Caeserians in the middle of the night, disabled kittens, devastating epidemics, etc.

I thanked her for her good vibes and answered that I’d give up breeding Somalis… and breed Turkish Angoras instead ! 🙂

(The race was similar in morphology and character, and had also got me going during my research.)

After some more disappointing contacts, I was lucky to meet Christine Gaudron, chairwoman of the   (CEAT), who pointed out that kittens occasionally happened to survive, and even that their mothers could avoid being butchered during their birth…

I was very glad indeed 🙂

Shorthly after, I was invited to the CEAT General Assembly and thus in 2009 entered the slightly crazy world of Turkish Angoras and cat fanatics.

Since then, some more wonderful Turkish Angoras have entered my life, through meetings, partnerships, and « love at first sight » encounters 😉 All these lady cats – Félie, Isba, Infinie, Javane, Luce, Molly, Moune… – and their handsome fiancés – Geek, Gainsbourg, Jungle, Cheluskin, Nelson, Odyss… – have offered me splendid and adorable kittens.

Of course, things haven’t always been idyllic. There have been sleepless nights and dark hours, moments of deep sorrow, doubt and discouragement. Some of the little angels left this world far too soon, and painful partings had to be made – and still have to.

I slowly got familiar with the peculiar world of breeding, its disconcerting codes, and the occasionally tense relations with breeders due to the activity’s emotional burden.

The Somali breeder may have been a killjoy, but she was right about something : breeding can be a trying experience. But she forgot to tell me how much it was made worthwhile by those moments when a newborn kitten is suckling, when a mummy cat purrs during a delivery, when two boisterous kittens play, or when a four legged human fondly crawls down to the little companion he is about to adopt…

Those are the reasons why my passion has remained unscathed since 10 years… Each trial and each moment of joy brings a little more meaning to the choice I have made.

Translated from french by Stefan Eckert 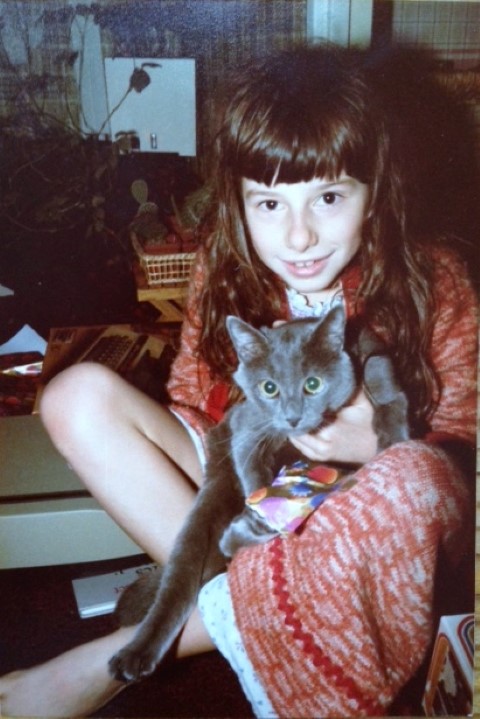 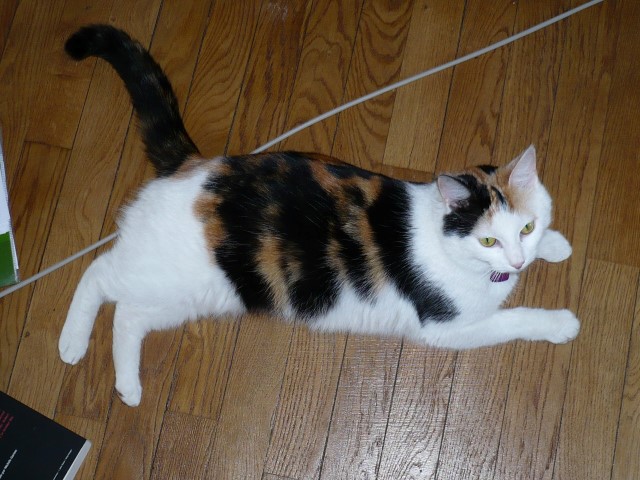